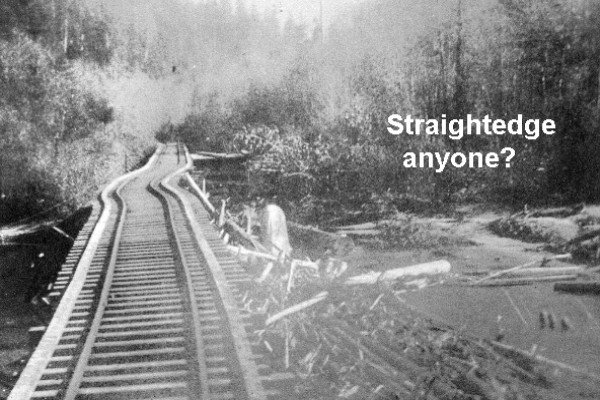 Here is continual proof that you can't beat Mother Nature. Clay deposits encountered here are continually sloughing southward into the river. The early railroad designers recognized the problem, and countered with an extensive web of pilings and timbers that could support the mainline ore trains. Yet the movement of the clay was unstoppable, and the tracks would gradually shift toward the river, pilings included. The shift is no more stoppable today than it was when the rails were laid. The only difference is that we have more modern equipment to fight the battle of road repair. Hidden in the brush at the east end of the sinkhole is an interpretive sign, placed at the edge of solid ground in 1975. 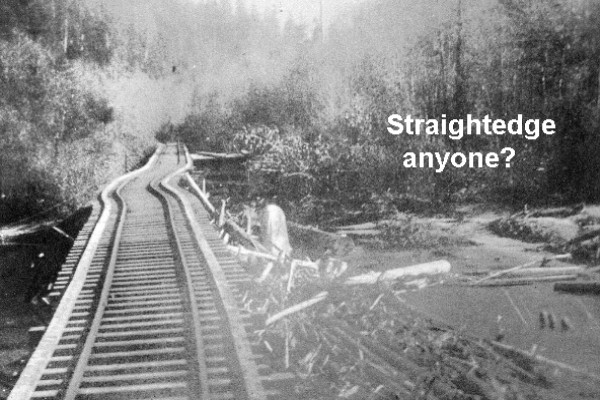 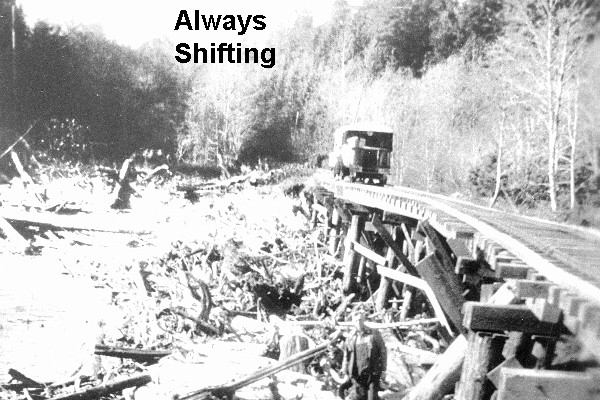