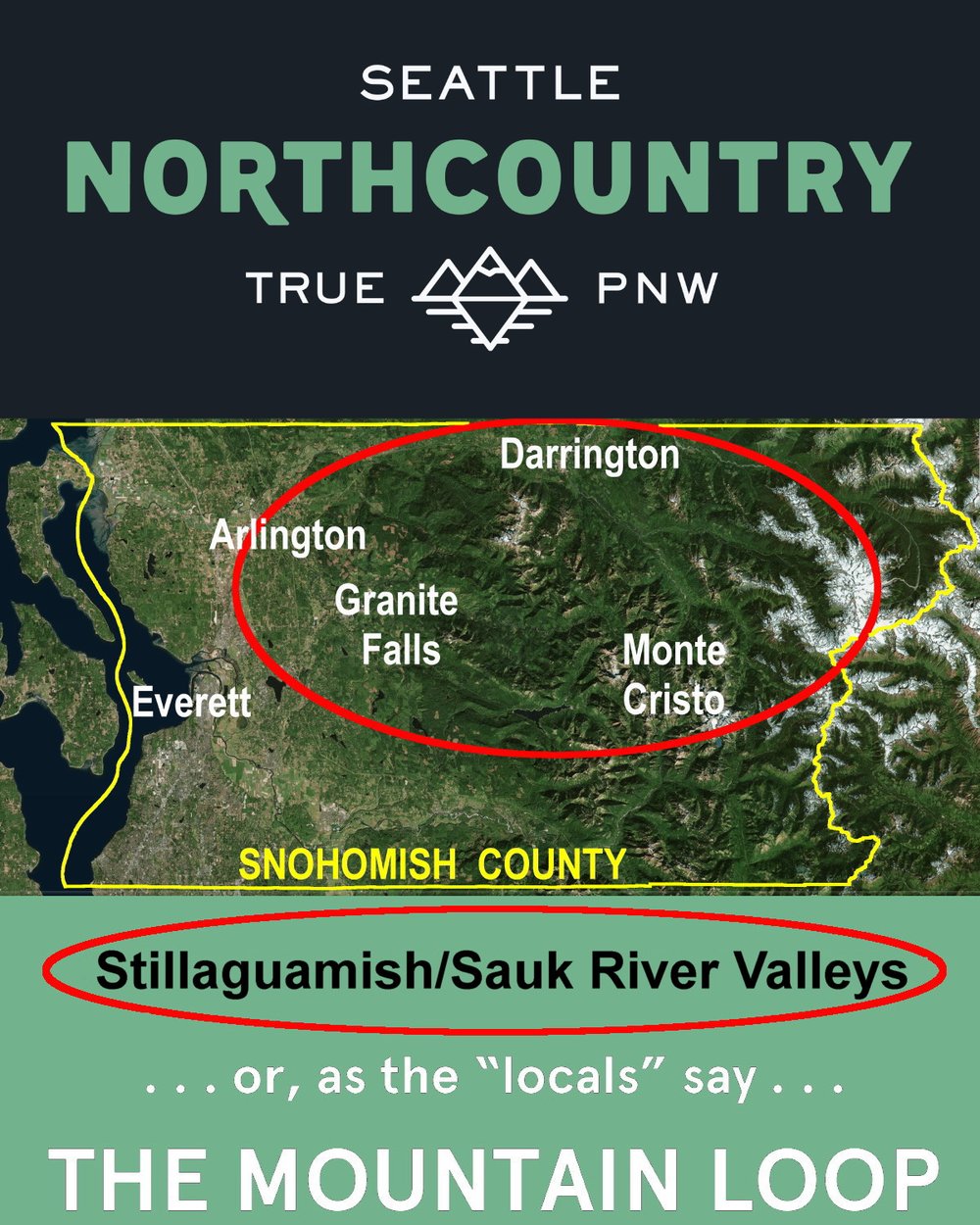 WE DISCOVERED GOLD !  . . . and the rush was on.  The Everett & Monte Cristo Railway penetrated the Mountain Loop on its way to treasure, and opened a scenic wonder.

It was the muscle of the Northern Pacific that really developed the rail paths that carried the goods needed for the Mountain Loop communities to survive.

Lumber barons who owned the railroad built the first tourist resort at the base of Big Four Mountain.  Now there's camping, glamping, rooms, and suites on the Loop.

And of course, we have those memorable places that are tough to categorize - call them what you want - they're true PNW.

TECHNOLOGY WINS ! ! There are large areas of The Mountain Loop with poor or no cell service - but your phone's GPS still works! You can download this tour into your phone so you'll always have all the information AND GPS ALERTS when you approach a place of interest.  Go to the iStore or Google Play and download the free "Mountain Loop Tour" made for your phone!