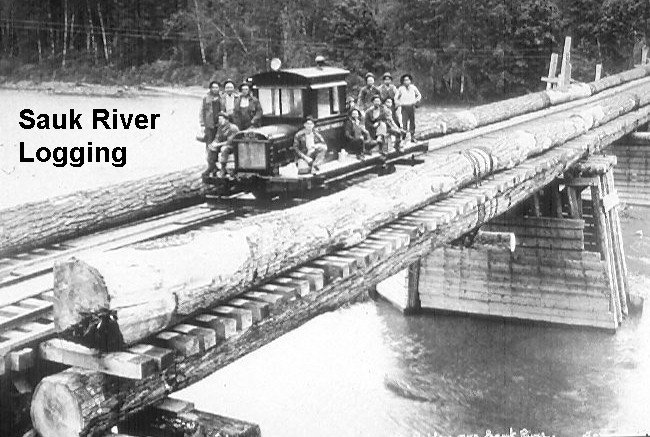 A wagon road once went from Darrington to Monte Cristo, created to haul heavy equipment to the mines. For several decades the Sauk River Logging Company hauled timber from along both sides of the Sauk into Darrington, to the Northern Pacific branch. At some point, everyone had to cross one or more bridges, but the natural floods that destroyed bridges, sometimes caused roads to switch sides of the river. In October 2003, a major weather event caused serious damage throughout the Cascades, not the least of which was the destruction of the White Chuck bridge. It was five years before the Mountain Loop could again be traversed, with events held at Granite Falls, Darrington, and Barlow Pass to celebrate the opening. As you travel this portion of the Mountain Loop, you’re retracing the footsteps of bull-whackers and engineers who pioneered the first roads and rails. Grey and white clay and pumice carried by the river's waters led to the name "White Chuck", which meant white water in the Chinook Jargon trading language of the nineteenth century. 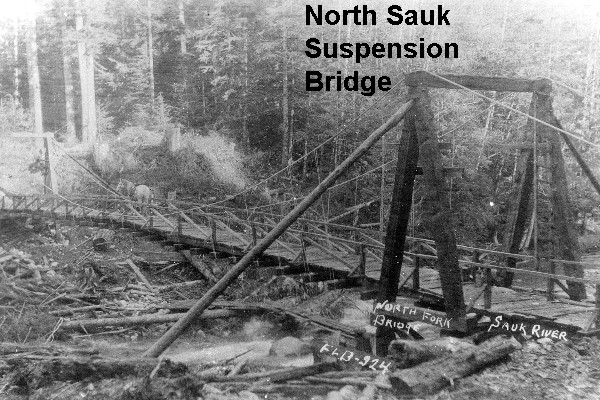 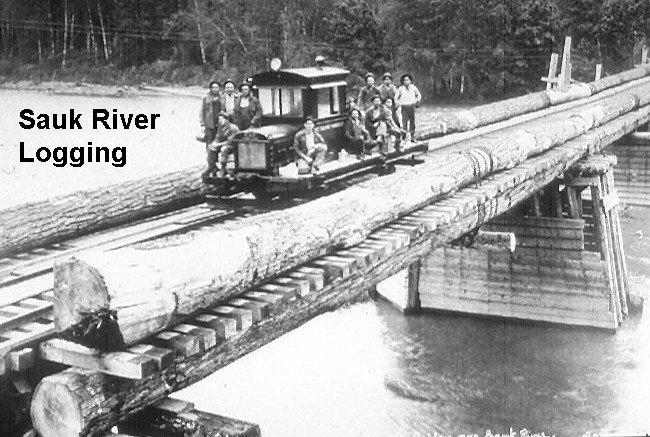