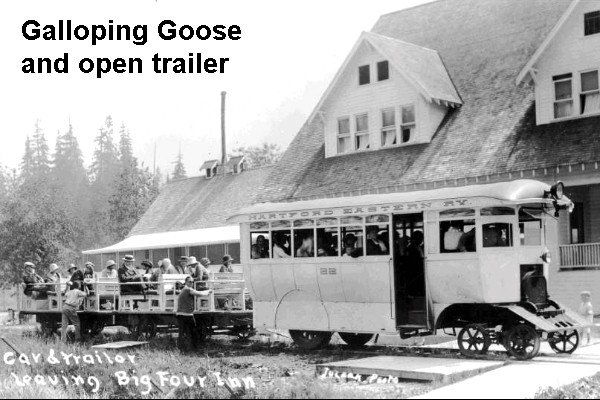 The Rucker Brothers were bankers and lumber barons in their own right when they leased the Monte Cristo Branch of the Northern Pacific Railway and renamed it the Hartford-Eastern. Their business sense told them that tourism was a sure money-maker, so they soon built the Big Four Inn as an up-scale railroad hotel. They further cooperated with the Forest Service to develop hiking trails in the area, the most popular one of which was the short trail to the Ice Caves. Visitors in the 1920's and 1930's were carried in modified gas-powered vehicles (often referred to as a "Galloping Goose") that in good weather pulled an open trailer with extra seating. They were dropped off right at the front door of the full-service hotel, complete with amenities such as golf, swimming, hiking, independent cabins and hotel rooms, tent cabins, and a great restaurant. The Inn burned down in 1949, leaving only the fireplace and chimney, and the Forest Service had the owners remove the remaining structures. The fireplace remains as a lone reminder of a glamorous resort, and its height off the ground reminds us of the typical snowfall in those early days, forcing the main floor to be over six feet off the ground! The hike to the caves is a short one, but take extreme care to stay a safe distance from the caves themselves (STAY ON THE TRAIL!), as cave-ins and avalanches are frequent and can have deadly results!

UPDATE! A portion of the bridge going to the Ice Caves has been removed, due to river erosion of the bridge abutment on the south shore. You can hike only as far as the river. Bridge repair schedule is TBD. 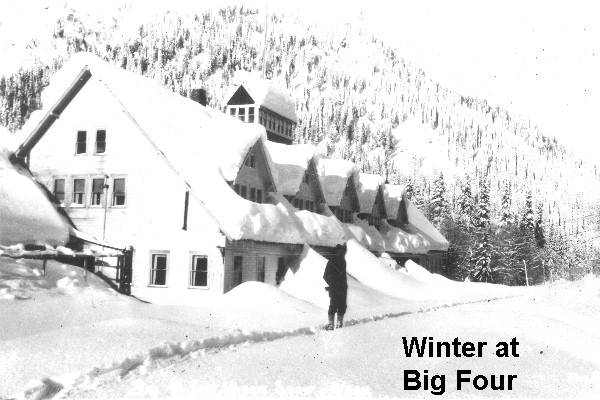 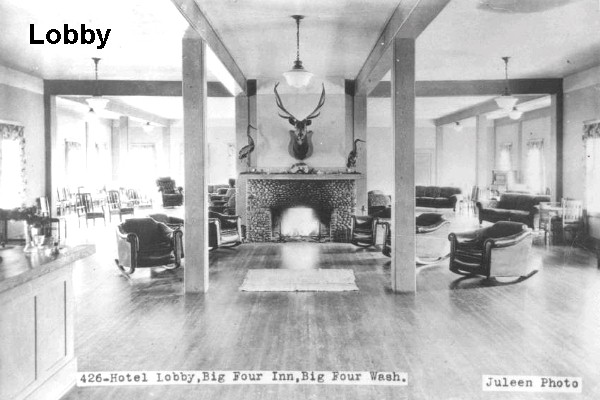 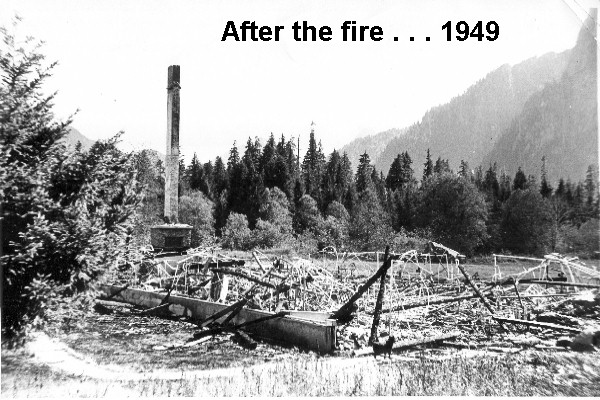 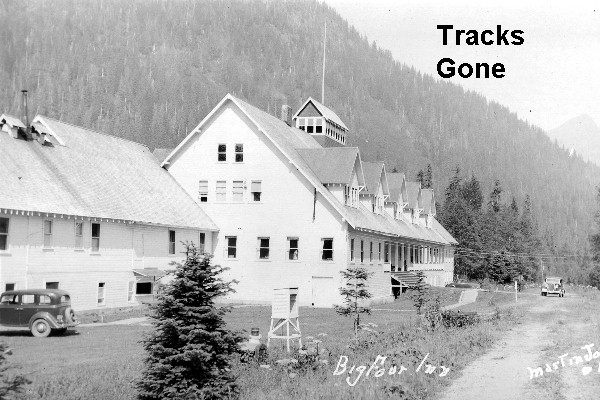 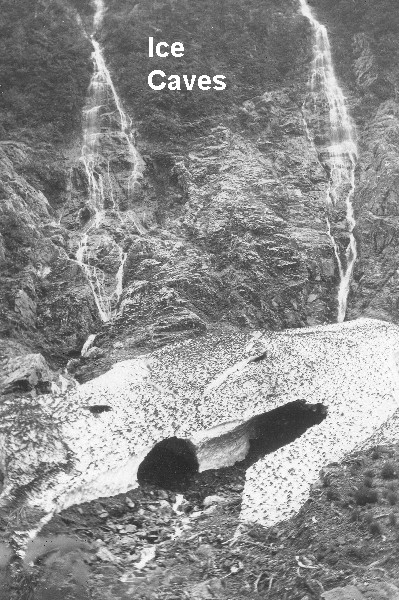 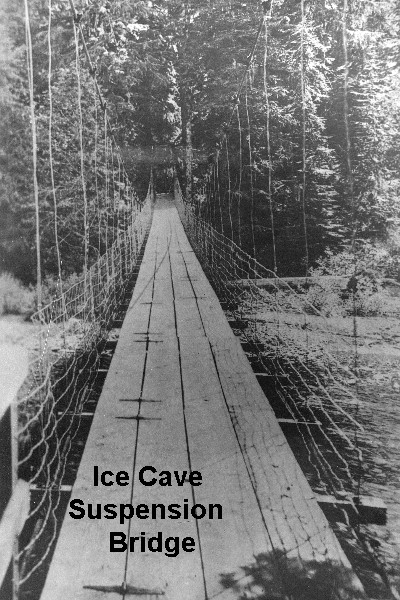 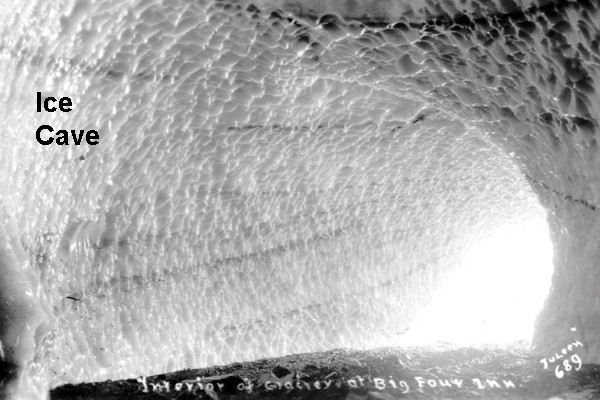