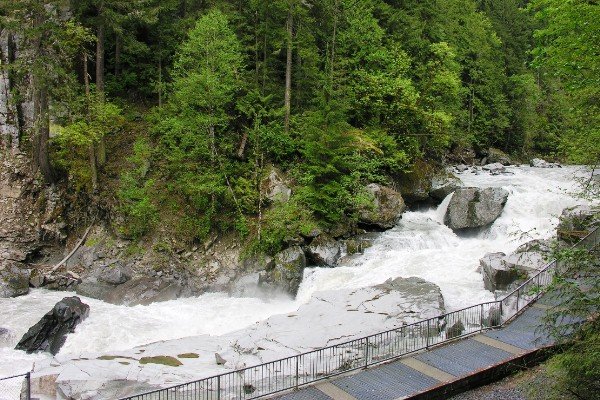 This is really a three-in-one tour stop! The waterfall is the natural feature after which the nearby town of Granite Falls was named. It acted as a barrier to many breeding fish, however, so in 1954 the longest vertical slot fish ladder in the world was built to allow fish to bypass the Falls and breed upstream. A 280-foot long tunnel was blasted through the solid granite to complement the stair-step design that permits fish to work their way upstream. The vertical rock wall across from the fish ladders is a test for expert rock-climbers (and occasionally for local rescue crews). Finally, the bridge just upstream is worth a look in itself. Funded in February 1934, it was completed five months later, and opened the area east of here to both trucking and tourism. Truck roads soon replaced rails in the woods, and the completion of the Mountain Loop took a huge step forward. The bridge opening ceremony bragged of it being the "Entrance to God's Mountain Playground". 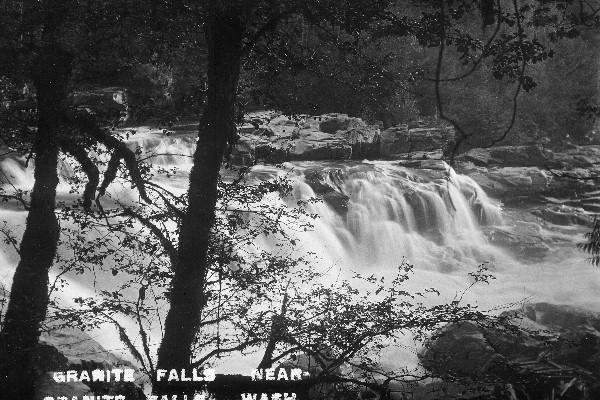 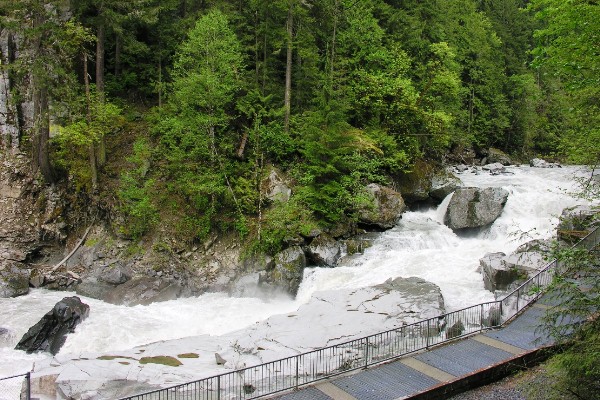 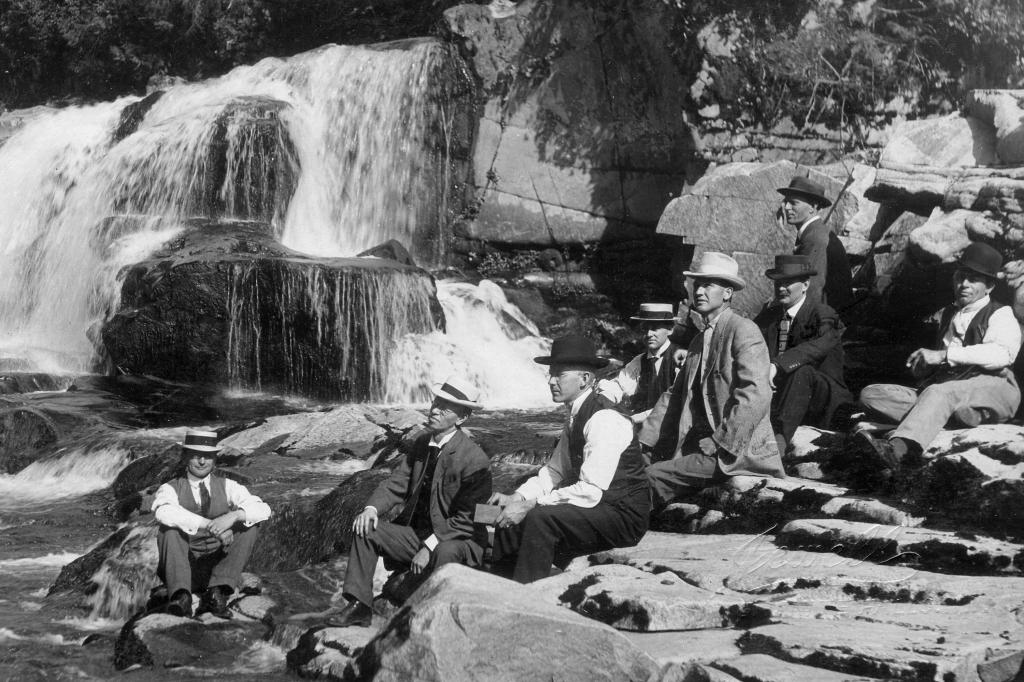 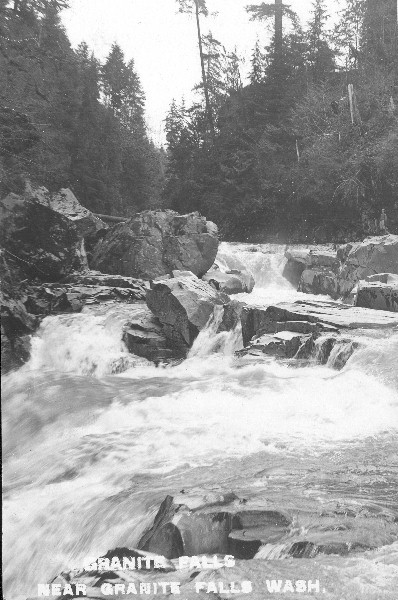 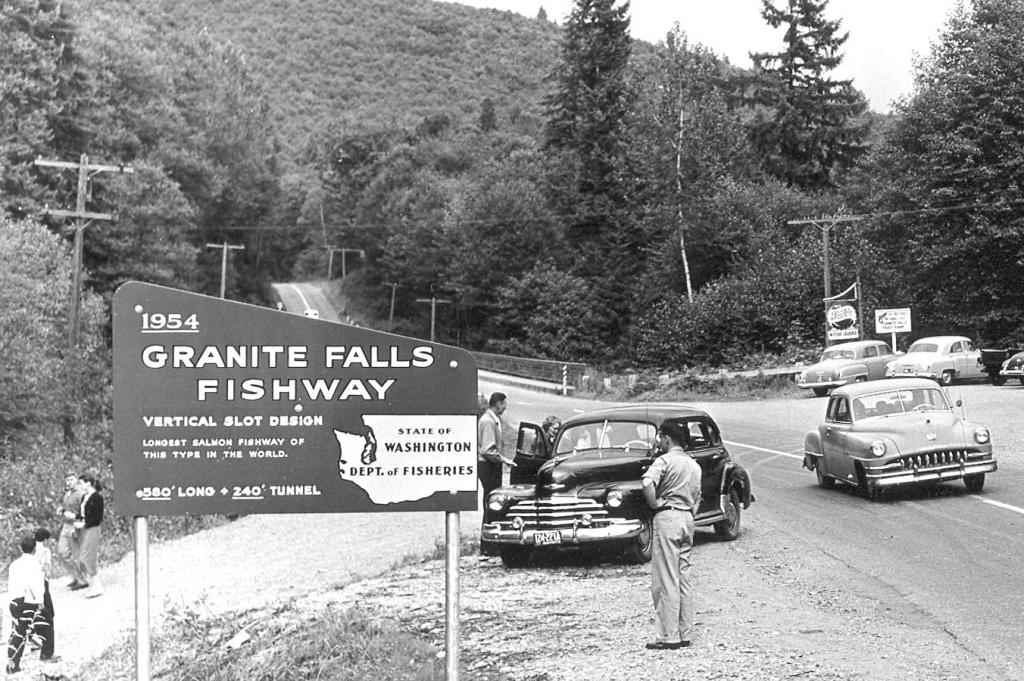 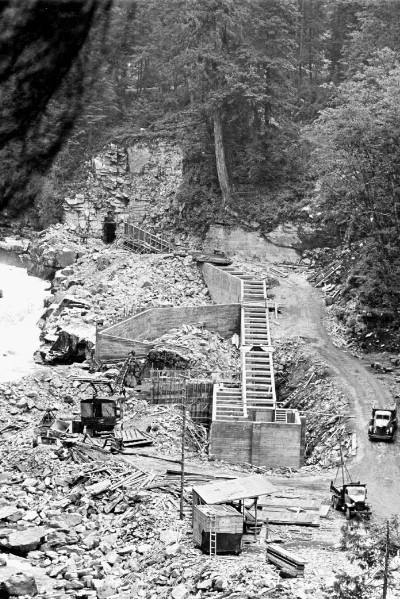 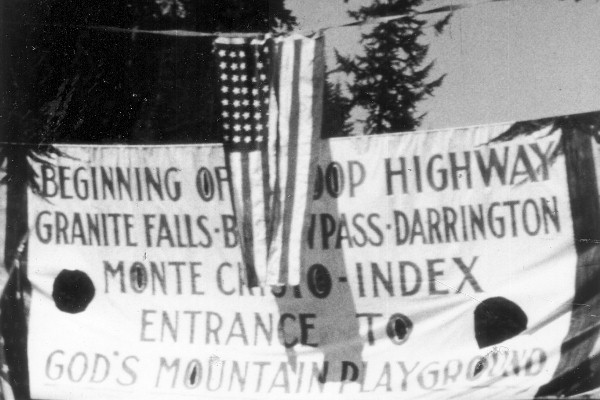 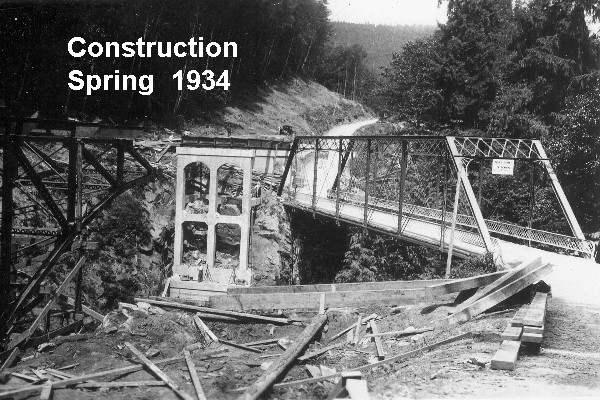